The fall season has officially come to a close with the Awards Ceremony at the high school. This was the second season in the Northern Indiana Conference. I wanted to share with all of you a brief wrap up of our fall seasons.

Boys and Girls Cross Country teams finished their seasons with strong showings in the Sectional. We had two boys qualify for the regional, Jack Hochstetler and Rheese Adamson, and one girl also qualified for the regional, Claire Heying. As the season moved along, we were able to set personal records in several matches. 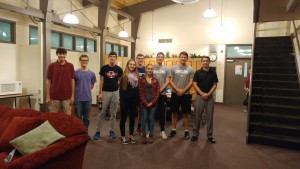 The Football team finished the year with a 1-9 record. In the Northern Indiana Conference (NIC), the team was 0-6, which was 7th place in the South Division. The Falcons were able to play hard throughout the season and battle through many injuries. The Junior Varsity team finished with a 5-4 record. The varsity season ended with a tough loss to Griffith in the first round of the sectional. Milo Peddycord was named 2nd Team All-Conference and Jacob Westafer was Honorable Mention. Also, we had two foreign exchange students, Bob Li and Adam Kuhajdik who were able to experience American Football for the first time. 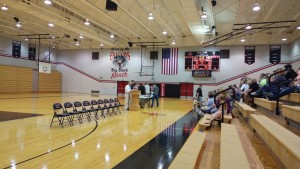 Girls Golf had an outstanding season, posting a 17-6 record. The girls finished fourth out of 13 teams in the Northern Indiana Conference. The girls were able to advance out of the LaPorte Sectional by finishing third in the sectional. This is the fifth consecutive year the girls have advanced to the Regional. Their season came to an end at the Lafayette Regional. Anna Schmeltz was selected as 1st Team All-Conference. 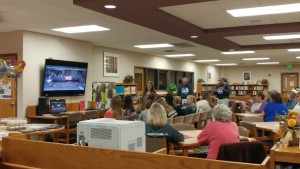 The Boy’s Soccer team finished the year with a 5-12 record. In the NIC, the boys ended with a 3-7 record, which was good enough for a tie for 7th place. Our season came to a close in the first round of the sectional in a close contest with Bethany Christian. Kegan Shiflett was 2nd Team All-Conference and Dakota Nice and Isaac Minnick were honorable mention for the NIC. 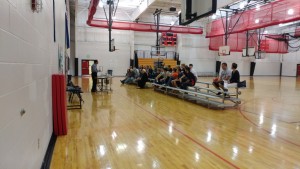 The Girls Soccer Team finished the year with a 12-6-2 record. In the NIC, we were 6-4, which was 5th place. The girls made history this year winning their first ever sectional championship. They defeated LaVille 3-1 in the first round, Rochester 8-0 in the semi-final, and Mish. Marian on penalty kicks 5-4 in the sectional final.  They lost a close match to Westview in the Regional Final 2-0.  Abby Schmidt earned 1st Team All-Conference honors, Liz Sarber earned 2nd Team All-Conference and Brooke Ernsberger and Melinda Dodson were Honorable Mention all conference. 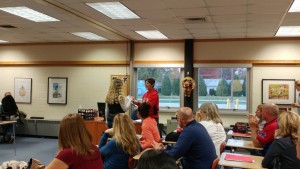 The Boys Tennis team had a solid season with a 9-7 record. As the season moved on, the boys improved tremendously. The season came to a close with a loss in the sectional to Triton. Louis Delinski and Gabe Weiss did advance to the individual sectionals at CMA but fell in the opening round.  We were able to finish 10th in the NIC. 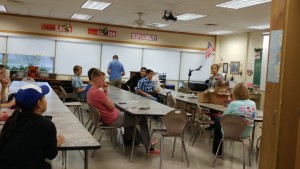 The Volleyball team had an excellent season, finishing with a 21-12 record. They finished tied for 5th in the NIC with a 7-5 record. John Glenn was able to host the sectional this year. The girls lost in the first round to a tough Culver Academy team. The JV and C Teams competed well all year. Riley Groves was named 1st Team All-Conference, Olivia Rice earned 2nd Team-All Conference, and Alex Lichtenberger and Britley Scott were Honorable Mention. 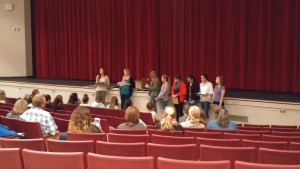 Overall, our athletes did an excellent job representing our school in each of our sports. Below is a list of Athletic Award winners from the fall season: 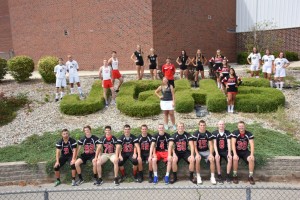