The winter season has officially come to a close with the Awards Ceremony on 3/8/2017 at the high school. I wanted to share with all of you a brief wrap up of our winter seasons. 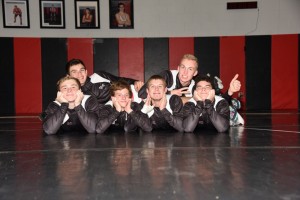 The wrestling team was in a year with a lot of wrestlers that did not have much experience. We showed a tremendous amount of improvement as the year went on. The team was able to have 4 regional qualifiers, which were Tyler Amor, Amillo Lopez, Milo Peddycord, and Brody Miskimon. Amillo Lopez was named to the All-Academic NIC team. We will also be saying goodbye to coaches Chip Cochran and Tim White, as they are both retiring. 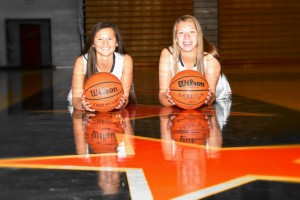 Girl’s basketball finished their season with a 21-5 record, 9-3 in the NIC which was good for 3rd place.  The girls went undefeated in the NIC South to claim their divisional title for the second year in a row.  The team also captured another TCU Bi-County Tournament championship. Their season came to an end with a loss to St. Joe in the Sectional Championship.  Kyannah Stull was named first team all NIC and Mariah Plunkett second team.  Kyannah and Kelly Freehauf were named to the NIC and All-State Academic Teams.  Kyannah was also Honorable Mention All-State.  Stull broke several school records, including the all-time scoring record.  The team set a school record for most wins in a season at 21.  The JV team had a good season with a team made up mostly of freshman, which bodes well for the future. 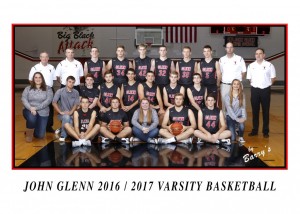 Boy’s basketball finished their season with an 8-15 record. The boys played in a lot of tough games and lost 7 of their games by single digits.  We lost to Jimtown in the first round of the sectional. The game was close and we were able to hang in until the very end. Matt Strong was named first team all NIC.  Strong, Isaac Porogi, Billy Harness, and Grant Borsch were named to the All-Academic NIC team. Strong and Harness were named Honorable Mention Academic All-State.  Strong also broke the school record for most 3-pointers made in a season with 83.  Travis Hannah won his 200th career game and 100th game at John Glenn during the season.  The JV and C Teams were able to show tremendous growth and improvement throughout the year. 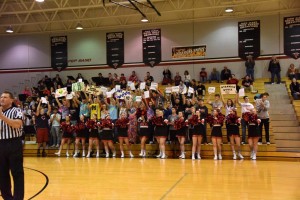 Overall, our athletes did an excellent job representing our school in each of our sports. Below is a list of Athletic Award winners from the winter season: 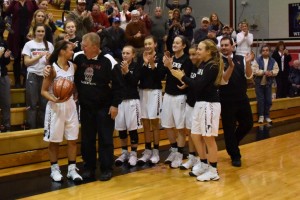