The John Glenn Athletic Department would like to announce and congratulate our own Coach Taylor Kalucki on being named the Northern Indiana Conference Volleyball Coach of the Year.  Coach Kalucki began her coaching career here at John Glenn just last season and guided this years team to a 24-8 record.  Along the way they posted their best season since entering the 13 team NIC by finishing 9-3 overall, and a stout 5-1 in the NIC South Division.  These records put them in fourth place overall in the conference and second place in the south division.  Besides leading the team to a great overall season record Coach Kalucki and the team were champions of both the John Glenn Tip-off Tourney and the Triton Invitational.  With her help the Lady Falcons placed two girls on the All Conference First Team in Hannah Dickinson and Jorjia Ayers, and Taylor Cuskaden on the Second Team All-NIC.

From the John Glenn Athletic Department and Administration Team we want to say Congratulations to Coach Kalucki for this most deserving honor!! 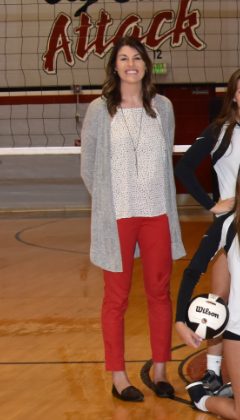 State Finals
9:00 am
View All Events