The Falcon Award is given annually to an individual who has performed outstanding service and commitment to the student athletes of the John Glenn School Corporation.

The John Glenn School Corporation is proud to announce that Mitzi Knepper, a 40 year employee with the corporation, has been named the recipient of the 2018 Falcon Award. Ms. Knepper began selling tickets in 1981 for John Glenn High School and has sold tickets at Urey Middle School, North Liberty and Walkerton Elementary Schools.  Mitzi has recently retired from her position at John Glenn High School where she helped the attendance and guidance department for many years.

In addition to helping the athletic departments, Knepper has played the piano for different theatrical productions for John Glenn High School for over 25 years.  Also, she has played the piano for choral concerts, different music contests, and Spring Spectacular performances for many years.  She is a dedicated and well respected member of the John Glenn team and a talented musician.

Mitzi Knepper’s service, loyalty and professionalism to the corporation has been outstanding over the years and on behalf of the John Glenn Athletic Department, Administration Team, and School Board of Trustees, thank her for her hard work.  Athletic Director Eric Stephens and Assistant Athletic Director Mike Clark presented her with a plaque for being honored as the 2018 recipient of the Falcon Award at halftime of the Glenn vs. Oregon-Davis Basketball game on Saturday 12/7/19. 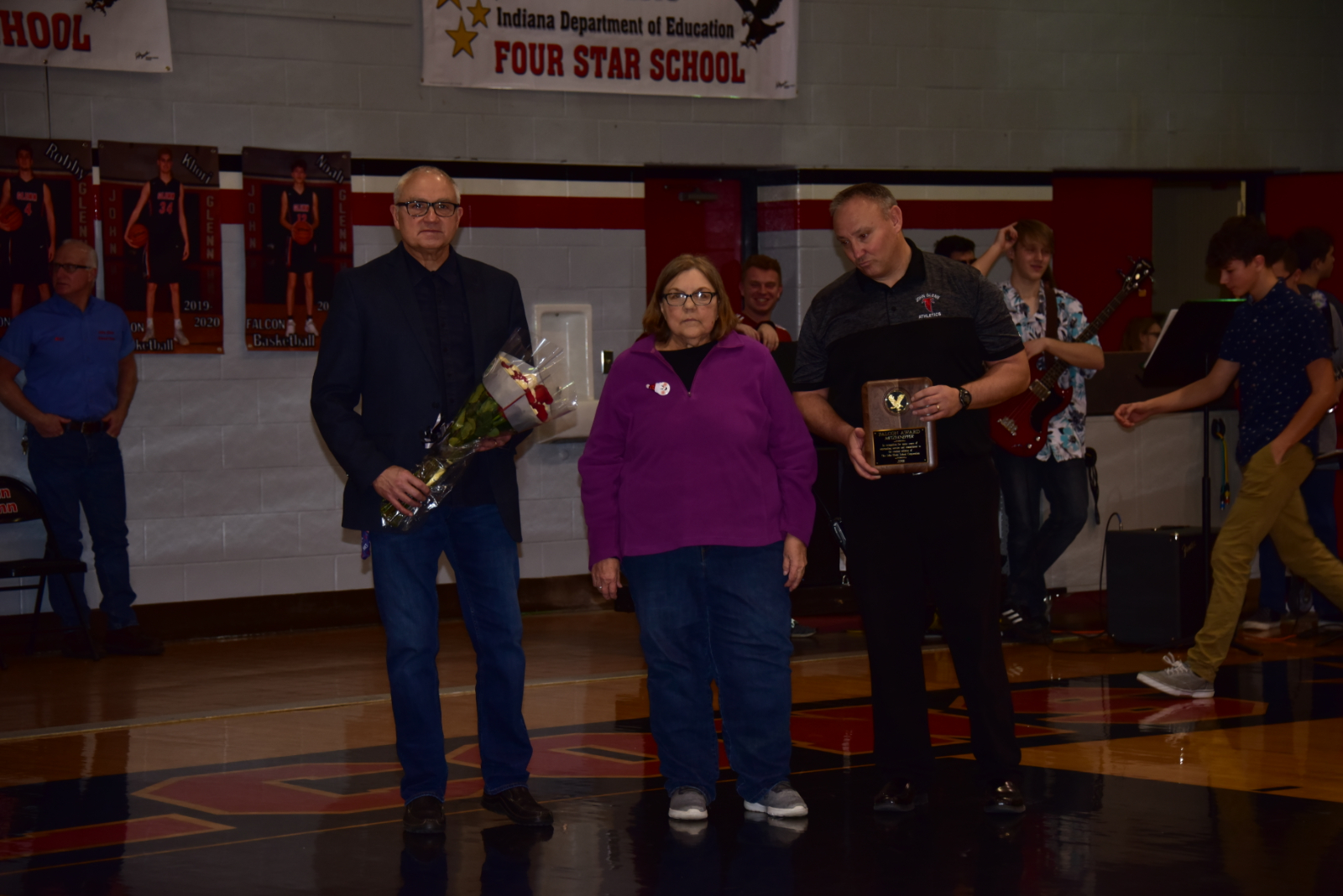