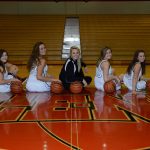 Varsity Basketball Friday January 16th, 2015 06:00 PM Bremen High School Away 35 @ Falcons Home 38 Game Recap The Lady Falcons narrowly came away with their 15th win of the season, taking down Bremen 38-35. While this was not their best shooting performance, they did enough to stay unbeaten in conference play. The Falcons 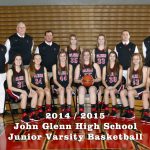 The JV Lady Falcons moved to 16-0 on the season with a 47-18 victory over Bremen.  The Falcons were led by Ashley Burnett and Mariah Plunkett who each had 13 points.  Delaney Patterson added 9 points of her own.  The Falcons will return to Bremen on Monday to face the Lions in the first round 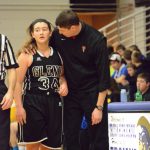 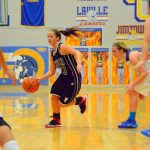 Varsity Basketball Friday January 9th, 2015 07:30 PM Falcons Away 44 @ Triton High School Home 31 Game Recap The Lady Falcons improved to 14-0, and 4-0 in conference, on the season with a 44-31 victory over Triton Saturday night. Loren Vukovits paved the way with 14 points and 6 boards. Natalie Shetler and had

Varsity Basketball Tuesday January 6th, 2015 07:30 PM Falcons Away 50 @ Marian High School Home 37 Game Recap The Lady Falcons remained unbeaten on the season with a 50-37 victory over Marian. Kyler Columbia scored a game-high 22 points to lead the Falcons. They are 13-0 on the season. Box Scores 1 2 3

Varsity Basketball Saturday December 20th, 2014 06:00 PM Lancers Away 40 @ Falcons Home 60 Game Recap The sixth-ranked Lady Falcons took down conference foe LaVille 60-40. Glenn, which improved to 10-0 on the season, was led by senior center Loren Vukovits’ game-high 24 points, 18 of which came in the opening half. The Falcons

No Events This Week

Events are added by athletic staff.
View All Events